THE BEST PLACE TO MOUNTAIN BIKE IN NEW ZEALAND?

In a country as rich and diverse in terrain as New Zealand, this is a very controversial claim.

You can go anywhere in New Zealand and it’s a given that the scenery will be stunning and the wilderness to explore truly vast. So, what makes Queenstown so good? Why is it better than Nelson and Rotorua? In short, lift accessed terrain. There are two bike parks, Cardrona and Skyline and while both are epic, the latter is a gondola that departs the center of town and carries you up 450m (1500ft) to Bob’s Peak where you can ride every type of terrain imaginable. Single tracks, flow tracks, tech tracks, scenic tracks and lest we forget the biggest public jumps in the world at Dream Track. On top of all that choice, it’s also a gateway to some of NZ’s classic multi-days rides.

At the end of November, just as summer was starting to show itself in the Southern Hemisphere, we took the cream of Queenstown's two-wheeled talent; Conor Macfarlane, Shania Rawson and Joel Tunbridge out to test our summer fabric, Merino Tencel at Skyline. The results, as you can see from these photos, are pretty impressive.

The Tencel party in full swing. Sweat did not make the guest list 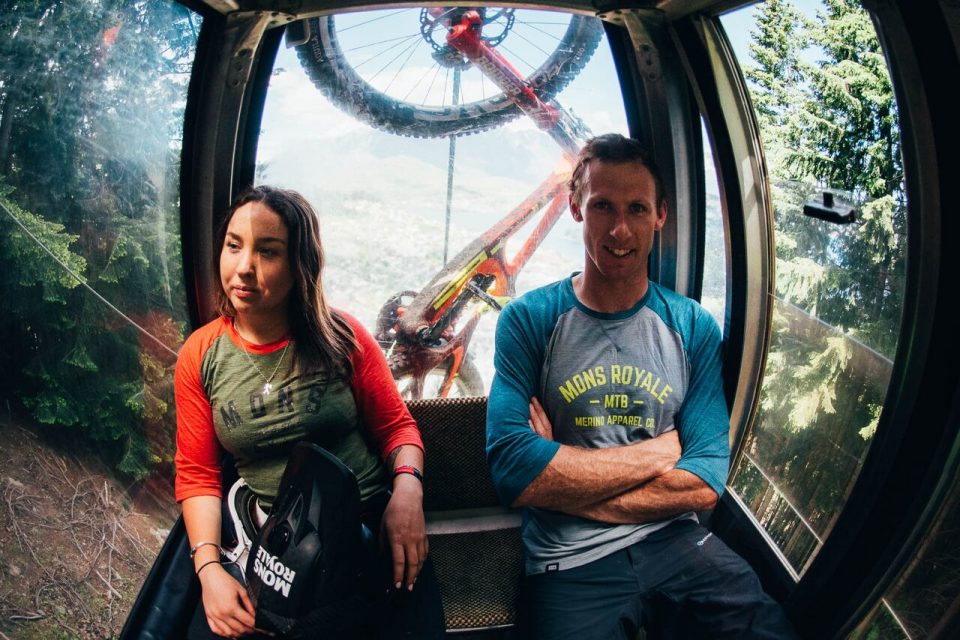 The idea was to get everyone sweating and see how the fabric dealt with hot bodies doing hot laps on a hot day. For that reason we waited until 11, when the heat was starting to rise in town before we got stuck in. The first run was the imaginatively named Original and one of the best - this classic winds its way down a ravine where you have to milk the berms for speed in order to clear the jumps. If you get it right you’ll find yourself either horizontal, locked into a berm or floating over the tables between them. It’s a relentless run that guarantees smiles when it leads you on to a berm-filled plateau overlooking Lake Wakitipu. It’s like riding through a postcard.

The cream of Queenstown's two-wheeled talent from back to front Shania Rawson, Joel Tunbridge and Conor Macfarlane 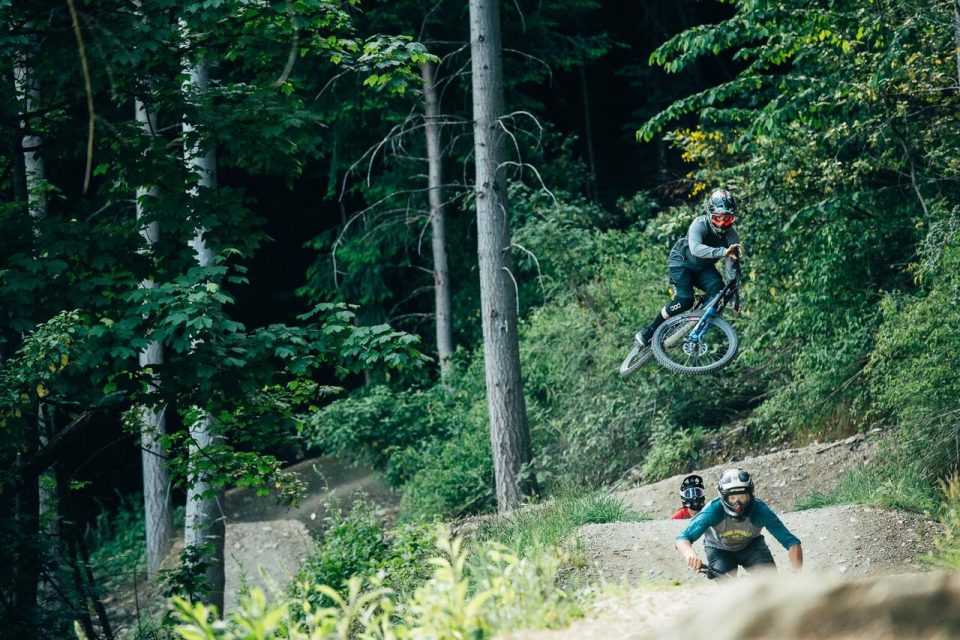 A quick inspection of the shirts revealed no sign of sweat, so we headed for G.S.D. - an acronym for Get Shit Done. Taking the trail-builders at their word we pulled every major feature to pieces. For someone as well-ridden as Conor, it is simple stuff, but he has a seemingly inexhaustible supply of stoke and he hiked each feature repeatedly. Shania, who had been quietly setting a very respectable pace started to come to life in the more technical terrain. With the boys egging her on, she started chucking her bike into some of the steepest rock gardens Skyline has to offer. Shania Rawson was starting to become Shania Rawesome 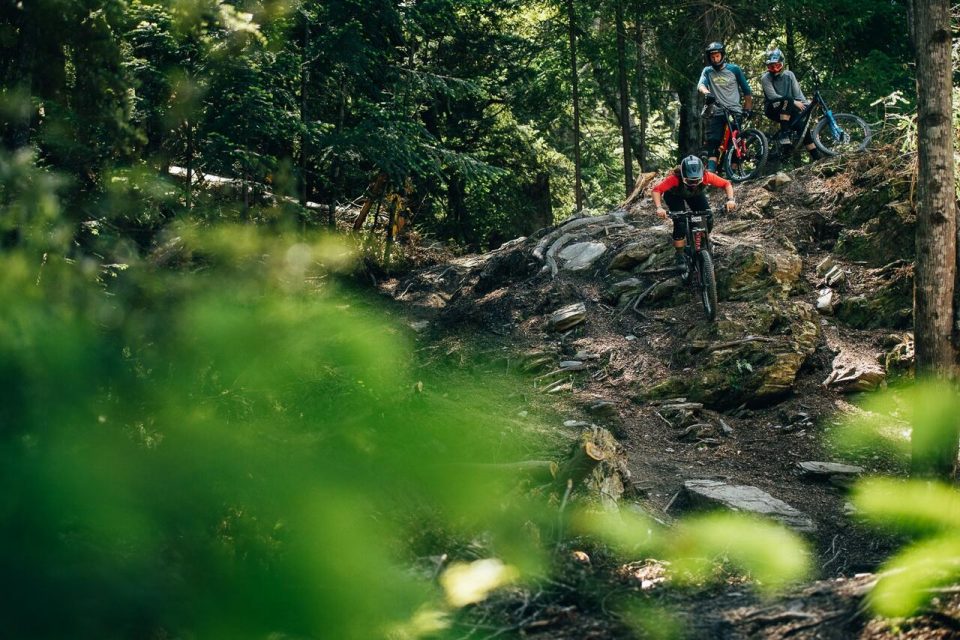 After laying the humid forest to waste, we found ourselves back in the berms where Conor and Joel went toe-to-toe to see who could tear their tires off their rims first. Conor won and in the process, dusted at least a quarter acre with roost spray. Not to be outdone, Runga channeled his inner ginger and unleashed his rage on the turn, the result was spectacular but unsuccessful.

Our Tencel party was in full swing and one person not on the guest list was sweat. Despite some decent riding and a fair bit of hiking, not one rider had managed to perspire. Either they’re all lizards or the Merino Tencel fabric Mons Royale uses to keep people cool on the hottest days was passing this test with flying colours.

Lord of the Fries 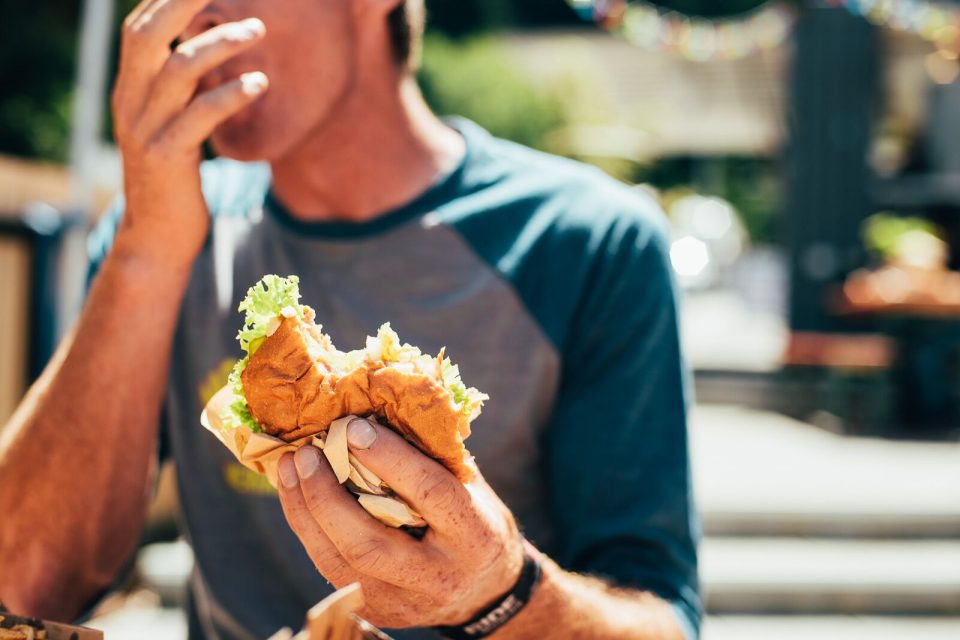 It was time for lunch, so we hit Lord of the Fries - the vegan burger truck at the base of the gondola and discussed where to head next. The decision was unanimous, Huck Yeah, a jump trail that floats through the upper trails. We spent the best part of the afternoon sessioning the tables and the hip at the end of the run. Runga sent some beautiful Euro Tables and a turned out one footer that was so well timed it would have won first prize at a square dance. It was then universally agreed that Conor must have a spirit level attached to his bike, because his tables were perfectly level every time. But it was Shania who turned heads; she looked like she was racing lightning through the jumps at some stage, because she was carrying so much speed.

As the session wound down I did the obligatory sweat check (neck, armpits, crotch) and while there was a slight glint, we were yet to register a fully formed bead. It was nearly 6pm, so we coasted down to the base and a spontaneous hush descended over the group. We knew it was going on, but since Conor had mentioned it that morning no one had talked about it again. Wynyard Wednesday. This is the name given to the mid-week locals session on the world’s biggest public jumps, it is a sight to behold. 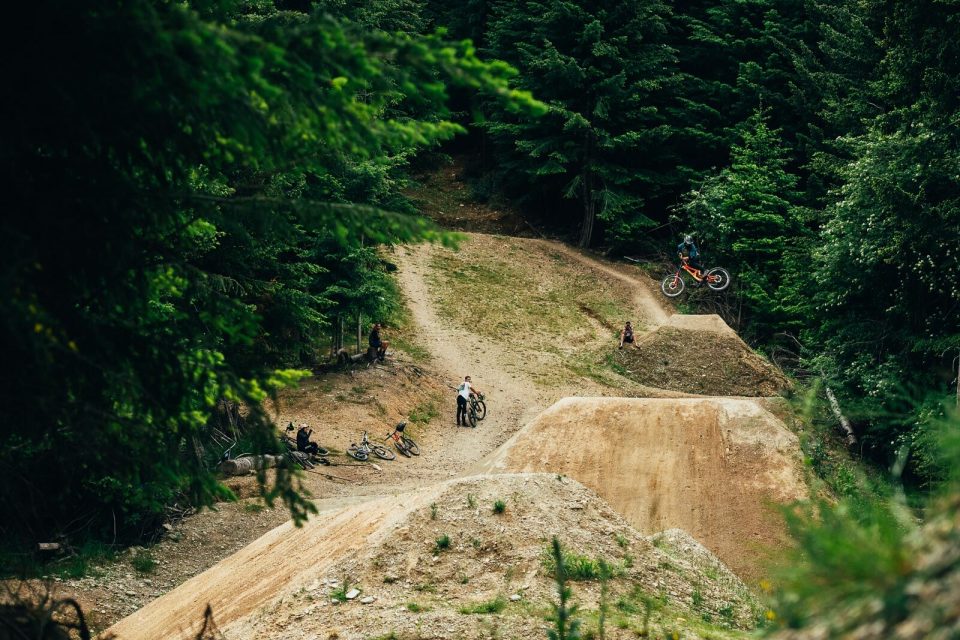 You can head west from the gondola and ride across to the jumps, but we drove around and parked the cars at the base. We then walked up through the jumps. I have seen these legendary mounds of dirt on so many edits, but this was the first time I had seen them in the flesh. It was like walking through a maternity ward for dinosaurs, giant distended bellies of dirt were positioned so far apart it was almost impossible to imagine anyone being able to link them together. Until they do. 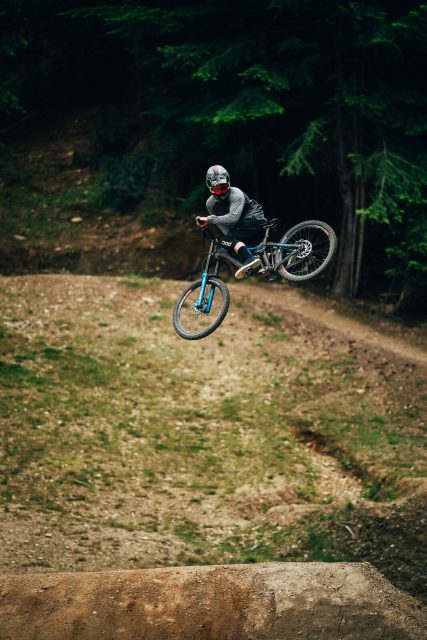 A handful of Queenstown’s finest have gathered, the group includes most of the bike park crew, Tom Hey and Emerson Wilkin - two of the trail building geniuses responsible for the Rotorua and Innsbruck Crankworx courses - and a random Spanish tourist who has stumbled on this clearing and is now wandering around in a daze. He asks me “they jumps theeth on biketh?’ I nod like a local, but inside I can scarcely believe it myself.

The Spanish tourist is sporting a look of bewildered joy, like he’s just been told he’s a wizard, as one-by-one the riders float effortlessly through a mountain range of dirt. With this much airtime to play with, we get a glimpse of Conor’s full wingspan and it’s majestic. He soars through huge backflips, turn downs and my personal favourite; an Indian air. 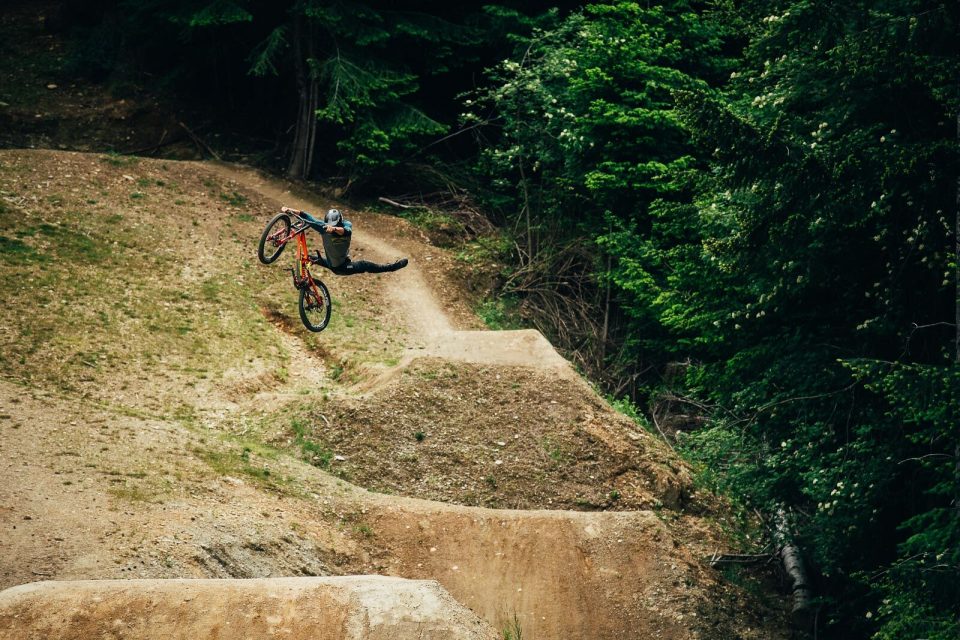 Just as the session is starting to wind down and the light fading, I spot Shania up at the top, Emerson it turns out has been goading her on every pass, ‘come on, get your bike, come up’. Eventually she caved and now she is cranking into the first drop. It’s a solid 4 metres out and 4 metres down and she makes it look like velvet. 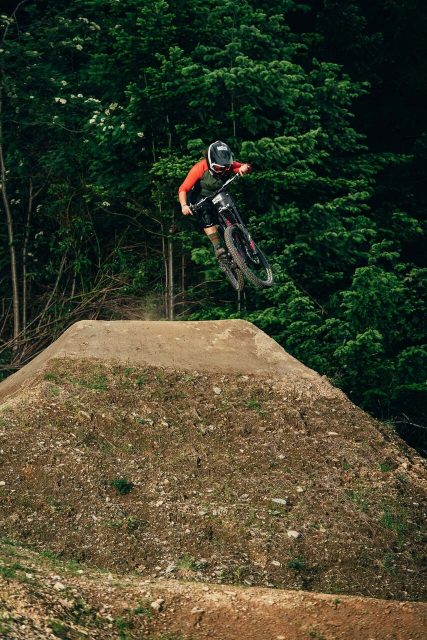 It’s 9 o’clock and everyone is spent, the crew line up for an exhausted portrait and I note with great pride that Merino Tencel has passed the Skyline summer test - 10 hours of riding from 24C˚ at 2pm down to 15C˚ at 9pm and not a bead of sweat in sight… just a lot of dirt and a bit of blood. 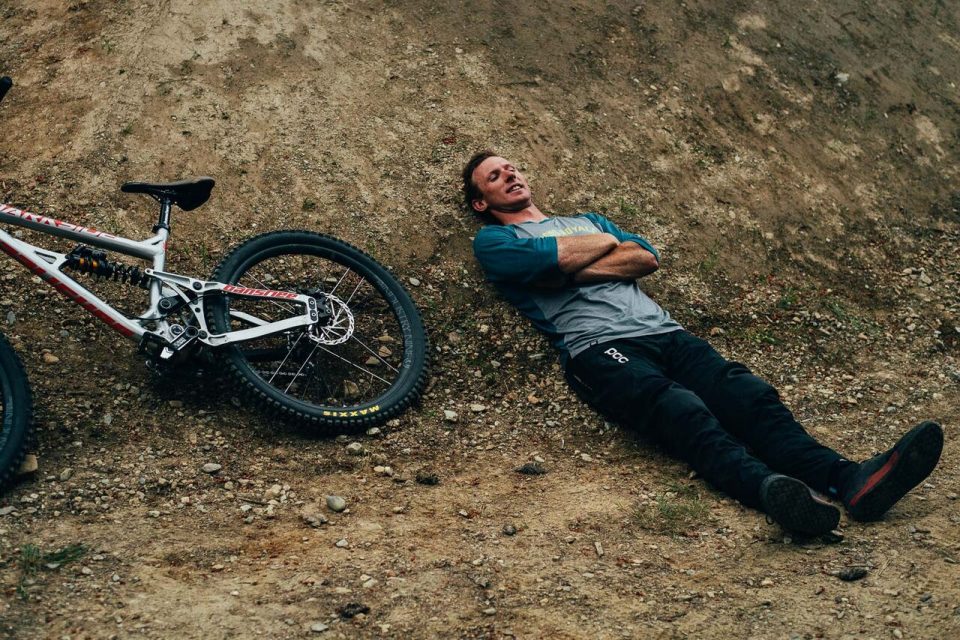 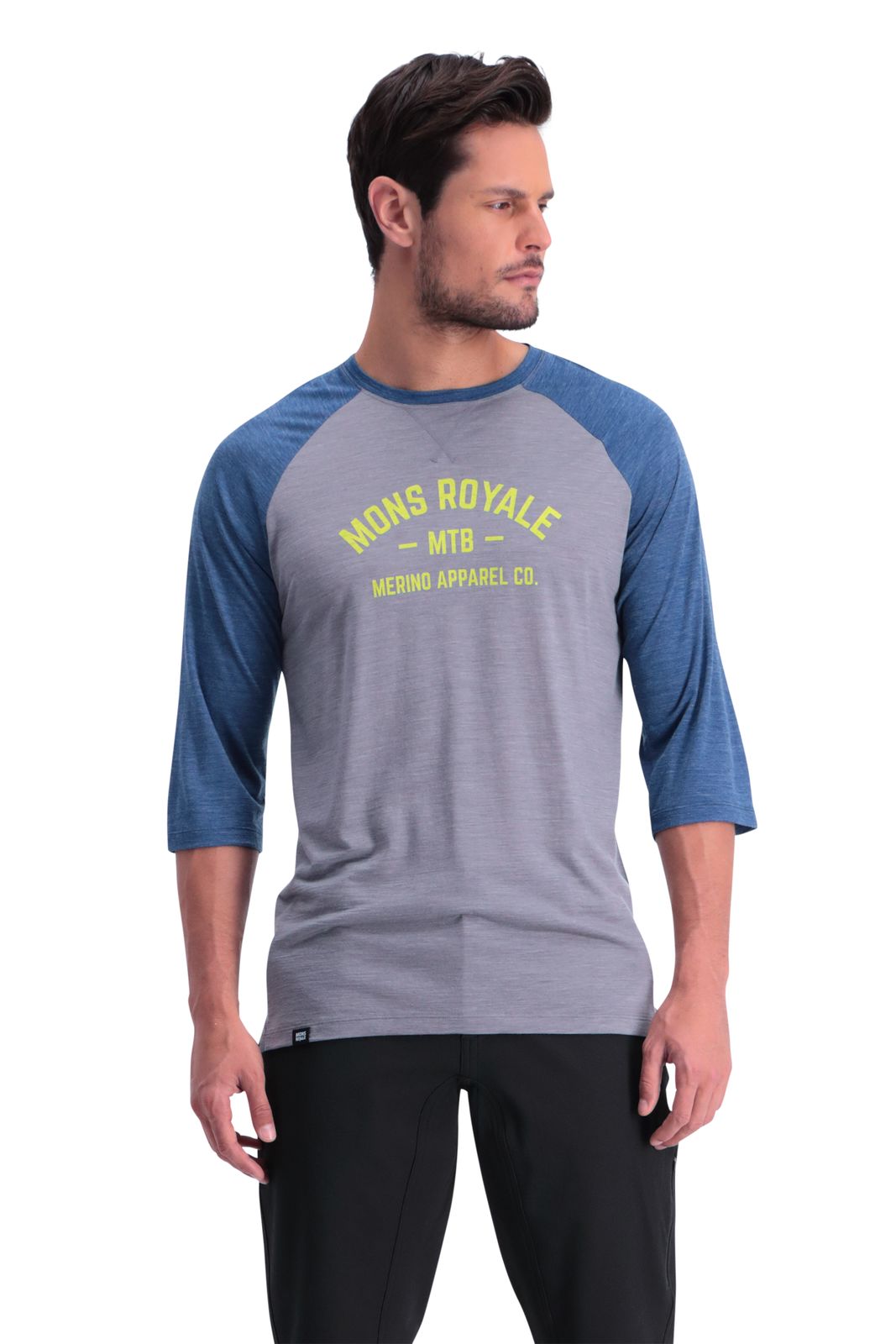 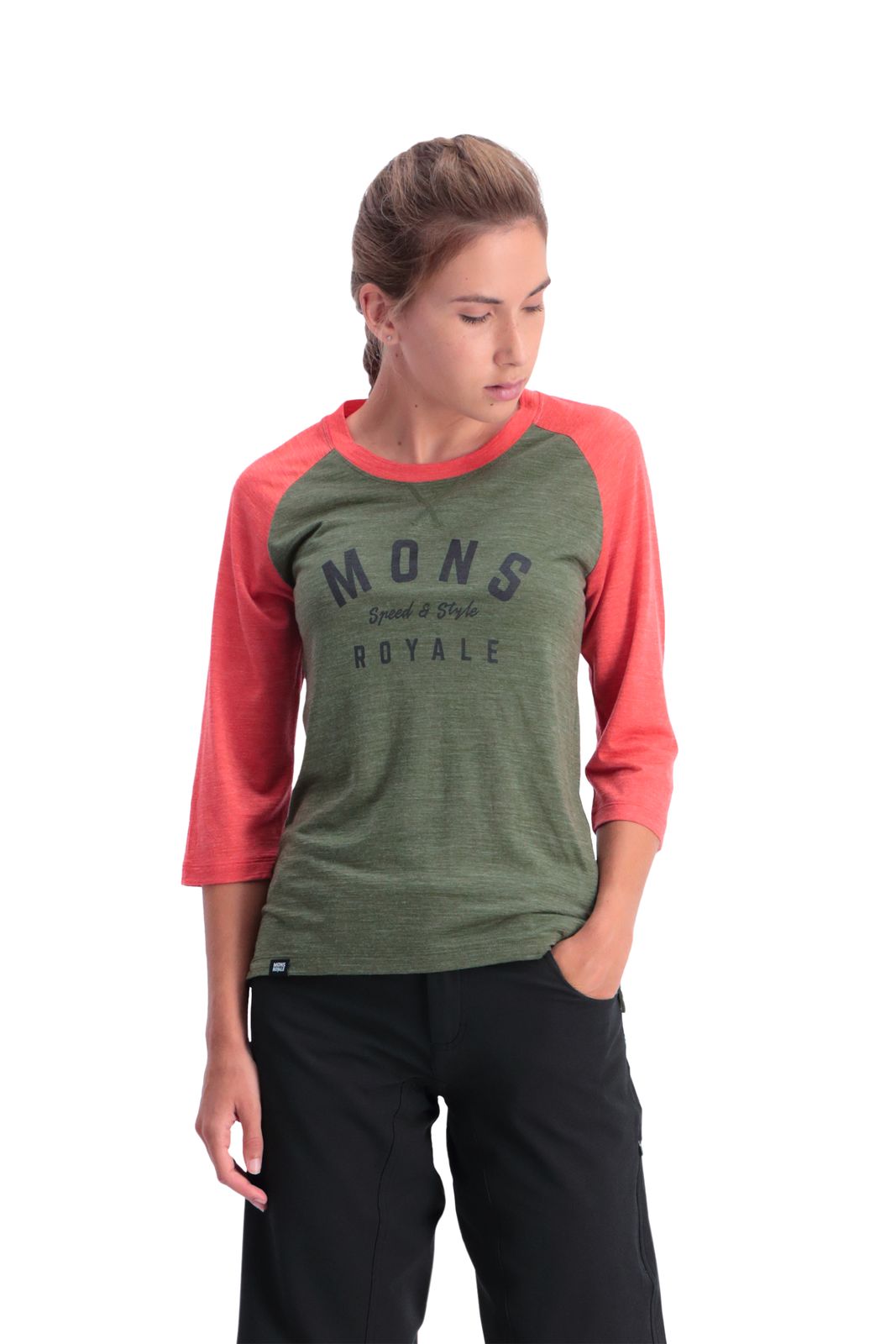 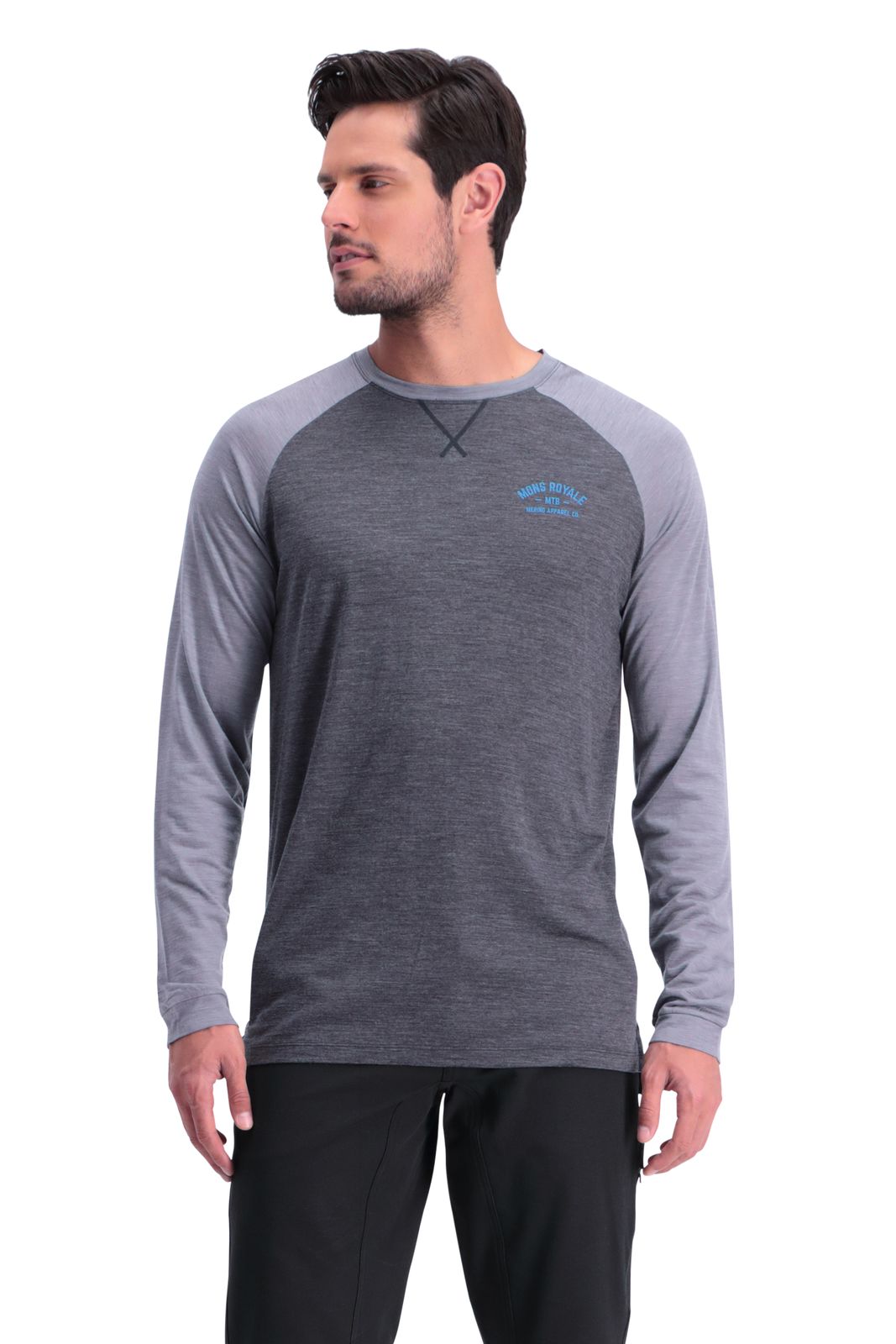 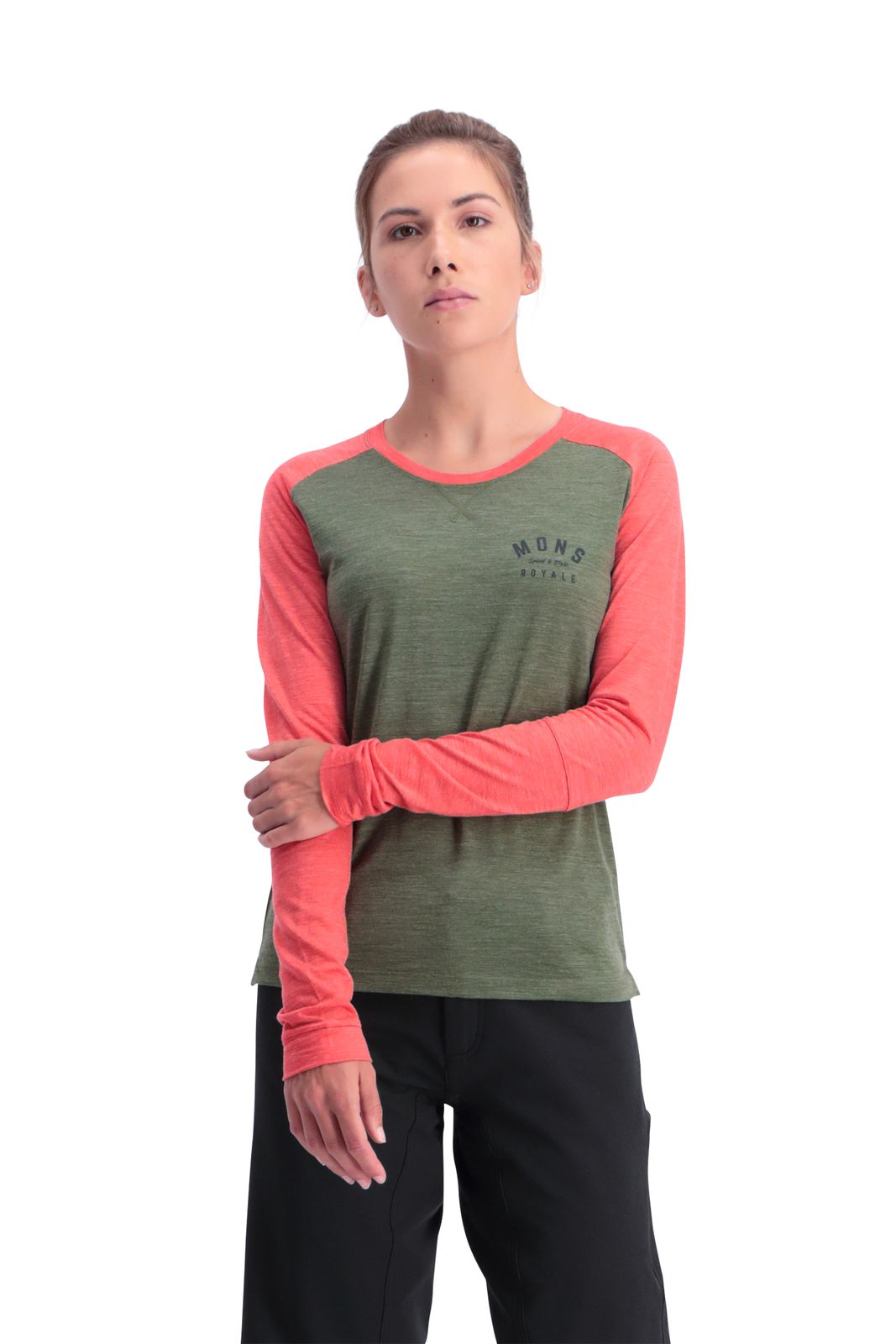